What happens in squid games episode 1? An Overview. 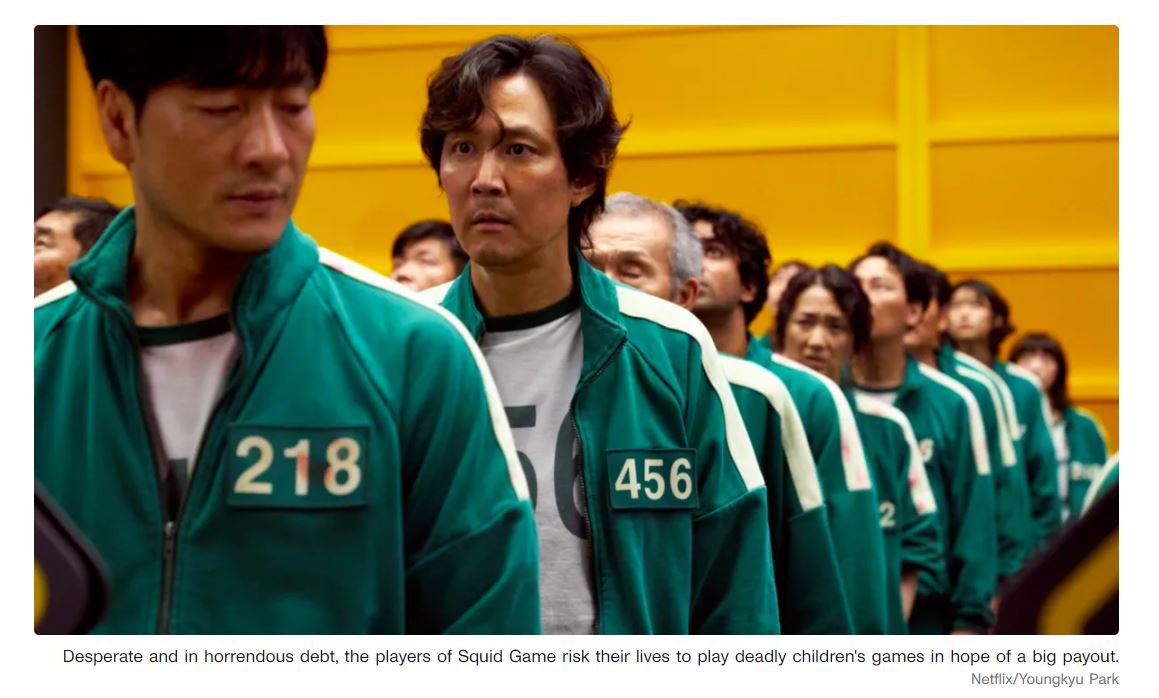 The hype about the Squid Game is all over the internet. Let’s see what it’s really about.

Squid Game episode 1 is a rollercoaster of adventures. Hwang Song-Hyuk’s South Korean, Korean-language production has already claimed the number one most-watched spot on Netflix and may become the most-watched series ever on the streaming platform. The eye-catching aspect of the series is a massive Bride of Chucky-style doll with blood on her freckled cheek and something wrong with her eyes. People are freshly murdered in the background, lying around like scattered, piled trash. It is going to be a lot of fun.

Background and intentions of Seong Gi-hun

What happens after the Loan Sharks find Seong Gi-hun?

How does the Squid Games episode 1 end?

Other characters introduced include:

At the end of the squid games episode 1, Those who cross the finish line in the allotted five minutes complete their victory in a frenzy of terror and disbelief. In the episode’s final sequence, a roof smoothly closes the arena, painted to look like the surrounding forest and perfectly camouflaged. We understand as the camera pans over the forest and out to the island. This arena is a place where atrocities occur with no one knowing.