Computational models of human walking and How to synthesize it? 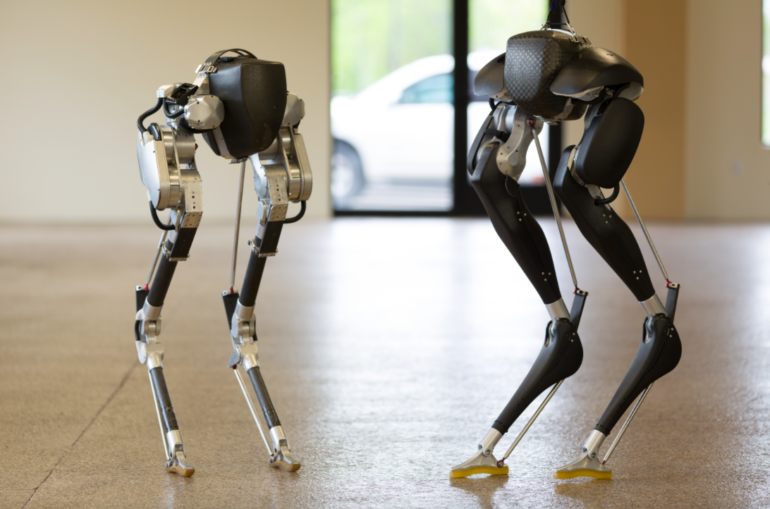 You need to know the tremendous computational models of human walking and various models to synthesize them. The drawbacks and benefits of different approaches are analyzed, and future possibilities are discussed in this blog to shed light on the brain control goals influencing gait and improving the stability of predicted rates.

The human neuromusculoskeletal system is capable of a wide range of physical movements, from simple walking to the nimble performance of a professional dancer. These motor activities involve moving loads through the body while maintaining balance and coordination. In the quest to understand how these tasks are completed, proficient scientists from various research fields have been interested, even in unforeseen disruptions, for decades.

To research tissue function in vivo, extensive body models have been created thanks to recent advancements in imaging technology, numerical modeling, and computing power that come up with computational models of human walking.

Role of Biomechanics in Computational models of human walking

The computational models to synthesize human walking are of great interest to biomechanists and biomimetic engineers due to their predictive capabilities and possible applications in clinical biomechanics, rehabilitation engineering, and biomimetic robots.

This covers various methodologies, from straightforward theories of passive walking to elaborate computer models that combine the neurological, muscular, and skeletal systems. Predictive gait simulation employing optimization and models based on passive walking theory is roughly four categories under which these techniques fall.

Despite being a challenging subject, the synthetics of bipedal gait are of great interest in the biomechanical computational model of human walking as a predictor and in robotics as a control mechanism. Many musculoskeletal gait models have been created to simulate the biomechanics of human walking in recent years. Moreover, many bipedal robots have been built to emulate human gait. The various methods used to affect bipedal gait can be broadly divided into four categories:

Models inspired by the idea of a CPG (Central Pattern Generator)

A set of artificial neurons that can produce oscillatory outputs without external cyclic inputs is known as a central pattern generator. It is one of the computational models of human walking in biomechanical modeling. Human gait biomechanics and robotics use artificial neural networks based on the CPG principle. CPG is categorized into the following two parts:

This method creates a simulation of human gait by fusing a CPG model with a musculoskeletal model and coupling them with the environment. These models typically have two dynamic systems:

Muscles are activated by the CPG’s output signals, which provide information about how the musculoskeletal system is currently functioning and how it interacts with the environment. In the CPG, each neural oscillator regulates the muscles around a single joint and receives sensory information from neighboring segments.

Researchers in robotics have made attempts in the computational model of human walking to directly produce biped walking kinematics using artificial neural networks based on the CPG idea. The most straightforward models, which assume gait symmetry, consider the cyclic motions of one leg in the sagittal plane. In contrast, other models concentrate on whole-body gait motions in three dimensions. The neural network’s analysis directly predicts the joint angles’ temporal histories.

Various differential equations describe the behavior of the brain oscillator that controls each joint angle (van der Pol model, Stein neuronal model, Fitzhugh-Nagumo model, or Matsuoka model). If the network’s structure and parameter settings are correct, each neural oscillator will cycle at the same frequency with the proper phase shift and amplitude.

Model-based on the principles of controlled engineering

The mathematical modeling of bipedal gait is a challenging task from the perspective of control engineering, requiring expertise in :

To synthesize bipedal gain, traditional control theories have been extensively employed in biomechanics and robotics research disciplines because of the complexity of the human nervous system and the limits of current CNS models. The following categories apply to control theory-based approaches:

To produce pre-defined gaits, this approach is adopted in robotics. The controller modifies the active joint torques to follow the specified joint pathways. The implementation of various control methods includes

Transportation planning is a key concern with this strategy. These trajectories can also be derived using ballistic walking trajectories, simple mathematical approximations, or measurements of people walking. However, feedback methods ensure stability for the desired operating points. This approach is poor for coping with unforeseen perturbations like a push or stumble.

The control inputs (joint moments, muscle forces, or brain activations) are modified. To optimize for some performance criteria within the available control space. These three elements are typically engaged in the process:

A few basic gait descriptors (such as step length, step time, and center of mass velocity at push-off) are defined instead of specifying all joint trajectories as time functions. Controls at the knees and trunk are implemented to ensure weight-bearing and to keep the trunk upright. Van der Kooij created a model using quadratic dynamic matrix control, a predictive controller. It allows for the inclusion of environmental and bipedal-specific limitations (see Fig.)

These gait descriptors are developed as end-point conditions, and a predictive model controller controls them. In addition to producing a steady gait for various tasks and environmental restrictions, the control technique may also adjust to external disruption.

There are many optimization techniques that are used in biomechanics research. This research is used to calculate muscle forces or neural inputs. Optimization criteria are used to determine the definition of typical human walking. The most often utilized performance target for minimizing energy use.

Via optimization, two general issues have been resolved. One is the distribution of muscle forces, where efforts are undertaken to quantify in vivo muscle forces using non-invasive measures of gait motions. The second is forecasting physical movement, particularly gait-related cyclic motions.

To illustrate the fatigue criterion, normalized joint torque expressions have also been utilized. Kinematic measures, such as minimizing torso excursions, have been used to prevent visual and vestibular disturbances. Every muscle influences the accelerations of numerous body segments due to the close coupling between the dynamics of the musculoskeletal system. The optimizer won’t be able to converge to a genuinely optimal solution. This is because the segmental motions are overly constrained.

McGeer created the idea of passive walking based on this biomechanical examination of a typical computational model of human walking. A biped could walk down a slope by gravity-induced passive motions alone, according to research on the capacity of a compass-like mechanism to perform a languid sagittal plane gait. McGeer also investigated a biped’s stagnant walk in which the legs flexed at the knees (see Figure).

The knees can passively lock and release using this four-link mechanical system, preventing the biped from collapsing. As a point mass, the hips are represented by a torso. To study active gait control, the passive walking concept has been utilized in biomechanics, helping researchers describe gait using some straightforward descriptors.

Due to its ability to anticipate outcomes, the biomechanics of the computational model of human walking is of tremendous interest to researchers. Several applications exist for reliable, predictive bipedal walking models, including pre-surgery diagnostics, orthotic and prosthetic device design optimization, virtual ergonomic assessment, and motor control investigations.

By permitting many modifications to the model’s parameters, neuromusculoskeletal models could be a potent tool for quantitatively measuring joint loadings and metabolic energy costs. Significantly these models will make it easier for us to comprehend the motor control techniques used during human walking.