What is a fisheye– Know Everything 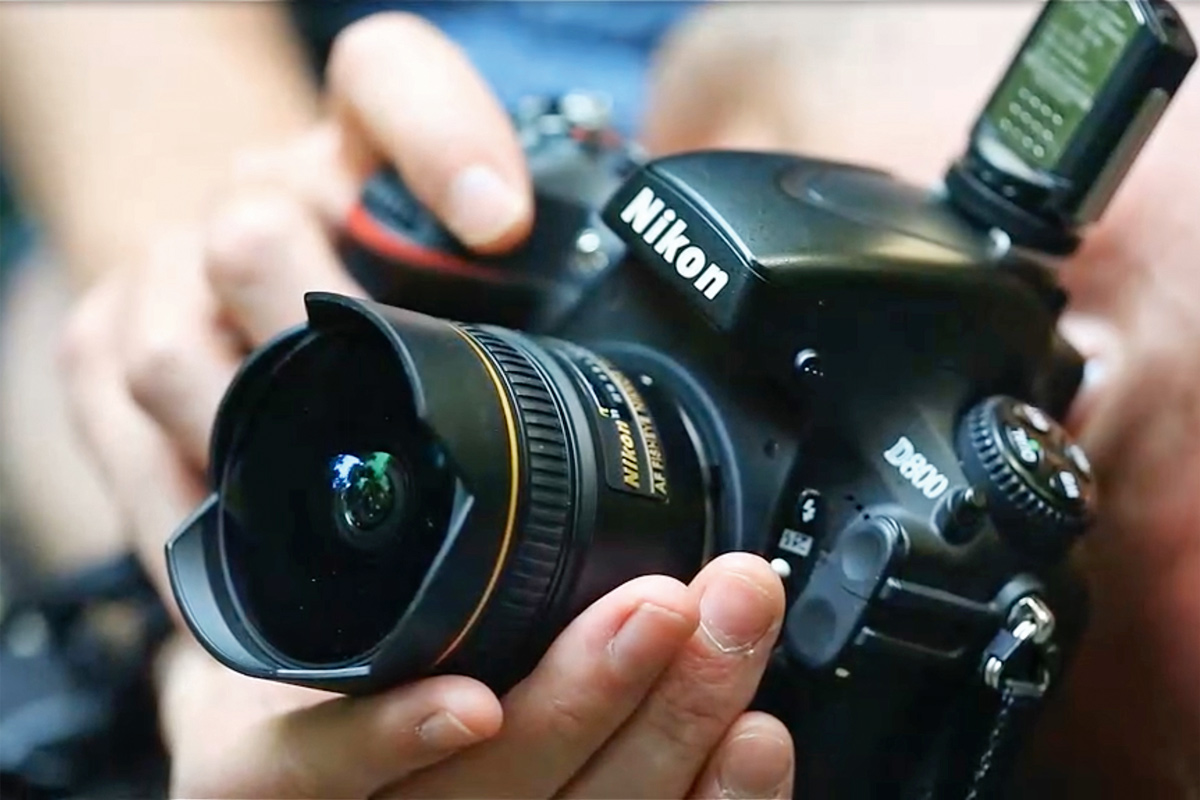 Are you a person who loves to capture every single detail? Do you know what is a fisheye lens? Stick around. There are so many things about it. Fisheye lenses capture a wide 180-degree field of view and distort the picture to create an illusion of greater depth.

Extreme perspectives that are invisible to the human eye may be captured using a fisheye lens. It’s also fantastic for creating distorted photos with a surreal quality. Fisheye lenses alter perspectives such that objects seem considerably bigger or smaller than they are.

Sports photography, such as during a football game, is a prime example of where this kind of camera might be helpful since there isn’t always enough area to shoot from every aspect.

What is A Fisheye lens, and what’s its function?

Do you want to understand what is it? When taking pictures in the great outdoors, the fisheye lens is often used to show the whole scene, like in skating or surfing photos. What exactly is this lens used for, and why may you need it to shoot close-ups of buildings or crowds?

The perspective of a fisheye shot is inclusive. What is a fisheye lens used for? Fisheye lenses need a different mapping to produce pictures with curved rather than straight lines of perspective. It seems to be convex and curvilinear. Even though it’s often used for still photography, you might perhaps use it in your next film.

Therefore, what is lens? And what is its type? Full-frame and circular-frame fisheye lenses are the most common. The results and visuals you get from each variation will be unique. Let’s take a close look at each one of them.

The circular fisheye lens can record an ultra-wide 180-degree vista. Therefore, the fisheye lens effect seems to be a spherical picture. The primary issue with this lens is the formation of black edges. These lenses find their most common use in skateboard and artsy photography.

A lens may record an expansive 180-degree panorama when used to its full diagonal extent. Although this lens’s overall field of vision isn’t as valid as wide-angle photography, its photographs often don’t have a black border around the edges. Furthermore, it is favored by photographers since it creates rectangular picture shots.

Identifying Traits of a Fisheye Lens

The following are some of the distinguishing features of fisheye lenses:

When using a fisheye view, directors and cinematographers may capture previously inaccessible angles and perspectives. They can charge more of the environment and create a moodier tone.

Using a lens is only convenient in other contexts. If you need a photo of a figure looking through what is a fisheye lens and a peephole that seems like it was taken in real life, a fisheye lens is a way to go.

Uses for a Fisheye Lens

Alberta facility managers are responsible for ensuring the safety of their buildings and the people working in them. Therefore, What is about lens photography? You probably already know that security cameras are the primary tool most security teams use because of how popular they are in large urban areas like Edmonton and Calgary. As you would expect, various choices are based on the monitored environment.

The round form factor and the ability to capture 180 or 360-degree panoramas give cameras their distinctive moniker. The camera’s tiny size makes it an attractive alternative to more conspicuous deterrents like bullet cameras in situations where covert monitoring is a priority.

Omnidirectional cameras, such as the Avigilon H4 Fisheye, let you pan, tilt, and zoom in on both live and recorded video, which is fantastic. Their ability to capture an expansive scene in a single shot plays a crucial role in making this a reality.

The construction of cameras is relatively simple. With fewer moving parts than multi-sensor cameras, they are more accessible to service and more affordable to buy. Further, a natural panorama requires the stitching together of film and pictures acquired by multi-sensor devices. It may need specialized hardware and personnel training to implement well, increasing the difficulty of operations. On the other hand, Fisheye cameras save time and money by automatically creating panoramic pictures.

In the film era, why lenses are trendy? The movie follows a gang of adolescent skateboarders. Thus it seems natural that he used this perspective. What about causing disorientation? Below are some drawbacks

1- The Process of Unwarping Images

One disadvantage of fisheye cameras is the distorted perspective they provide. Specialist video management software is required to “de-warp” or “flatten” the picture so it can be seen properly.

While multi-sensor cameras provide higher resolution choices, cameras often do not. Compared to the H4 Fisheye’s 12 MP maximum resolution, the H4 Multi-maximum Sensor’s resolution is 32 MP. While 12 megapixels are sufficient for identifying people, you may lose some clarity while zooming in to analyze events.

With the help of this information, you now know everything. It creates a wide field of vision and is perfect for landscapes, architecture, or anything else that requires capturing a wide area.